MICHAIL MICHAILAKIS is a retail pharmacist and Britannic enthusiast from Avlonas, a small town near Athens, Greece. He began researching the story of this British liner in 1997, when he saw a drawing of the wreck made by artist Ken Marschall in the book Titanic: An Illustrated History. As his interest about the ship grew he decided to create this space in order to share his passion with other members of the Titanic community. At first, the content was largely based on the book Britannic: The Last Titan (written by Simon Mills, the wreck's current owner) but soon the website evolved into a reference point for researchers, enthusiasts, and wreck divers alike. The website came down in June 2007 but it went back online in January 2013 in its present form.

In 2006 he discovered that the remains of  RAMC Sgt. William Sharpe, the only Britannic casualty buried on Kea, were relocated into an unidentified grave on the island of Syros. This discovery allowed Simon Mills to investigate further on its misindentification and evenually led to the replacement of the headstone and to the correction of the archives of the Commonwealth War Grave Commission.

His other research areas are the largely forgotten history of the thousand Italian POWs who died during their evacuation from Greece after the Italian Armistice in 1943 (more here) and the ill-fated military campaign of the Greek Army in Asia Minor in 1922.

He speaks Greek, English and Italian.

2000: "HOSPITAL SHIP BRITANNIC" [Author/Webmaster]
A website dedicated to the history of the third Olympic-class liner of the White Star Line.

2008: BRITANNIC EXPEDITION [Expedition member]
A diving expedition to the wreck of the BRITANNIC, conducted by the Greek Centre of Maritime Research (ELKETHE).

2011: PAUL ALLEN'S PRIVATE VISIT TO THE WRECK OF THE BRITANNIC [Translator]
A private visit to the wreck by Mr. Paul Allen, founder of Vulcan Inc and co-founder of Microsoft.

2015: "THE SHIPWRECKS OF KEA" [Invited speaker]
An event organized on the island of Kea by the local cultural group Friends of Kea Association.

2016: "100 YEARS KEA'S SHIPWRECKS" [Invited speaker/Britannic exhibition curator/organizing team member]
International conference held between 30 September - 2 October 2016 in order to mark the 100th Anniversary of the sinking of the hospital ship BRITANNIC and of the SS BURDIGALA by German mines off the island of Kea. The event was organized by the Friends of Kea Association, the Municipality of Kea and the Region of South Aegean, with the auspices of the Hellenic National Commission for UNESCO and the Greek Organization of Tourism (EOT).

2015: "SHIPWRECKS OF THE GREEK SEAS: DIVE INTO THEIR HISTORY" [Author, BRITANNIC chapter]
A book by Kostas Thoctarides and Aris Bilalis presenting 20 important shipwrecks located in Greek waters. Published by the Aikaterini Laskarides Foundation.

2007: "BRITANNIC: THE TITANIC OF THE AEGEAN" [Author]
Article published in PERIPLOUS, the magazine of the National Maritime Museum of Greece.

2019: "THE WAYGOOD - OTIS DOSSIER" [Author]
A detailed description of the lifts installed in the ocean liner BRITANNIC before and afrer her conversion into a hospital ship in late 1915. Published in VOYAGE (No.59), the journal of the Titanic International Society. 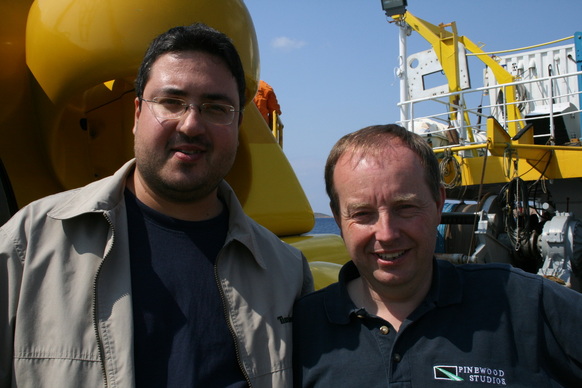 Britannic expedition 2008: With Simon Mills aboard the research vessel AEGAEO of the Greek National Centre of Maritime Research. 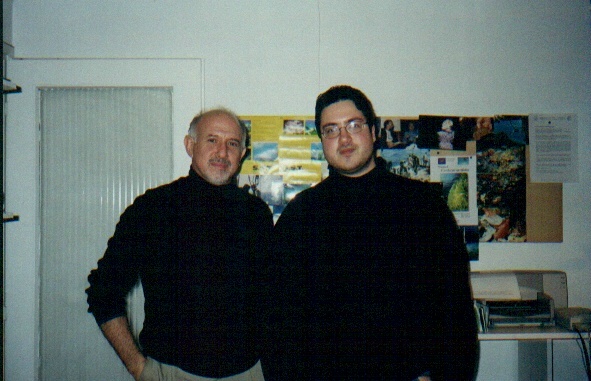 With diving instructor Peter Nicolaides, a member of the Cousteau team which explored the BRITANNIC in 1976. 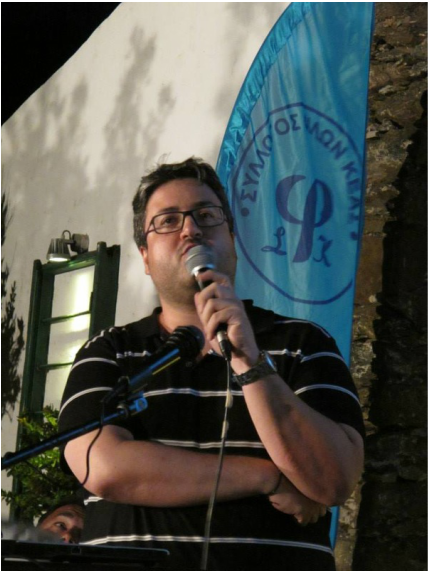 During a presentation about the wreck of the Britannic at a local event organized on the island of Kea in August 2015. (Photo by Byron Riginos) 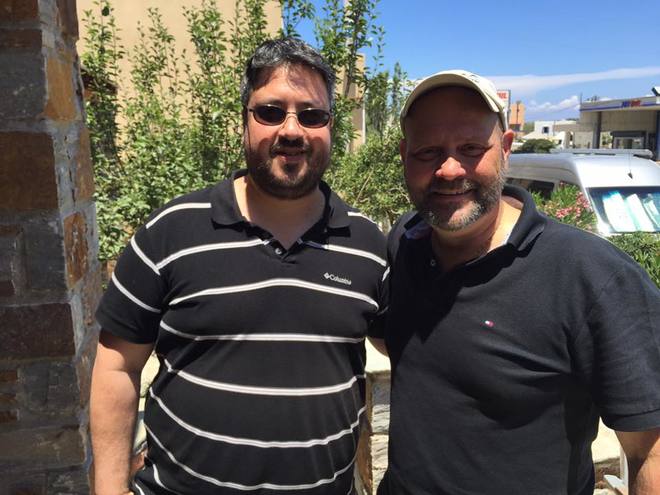 With famous technical diver Richie Kohler on Kea, during the 2016 Britannic expedition.